To say that gloves are unarguably the most piece of equipment a fighter should wear is an understatement. If any, it’s a two-piece of holy grail that can either make or break a fighter’s performance.

In the practice of MMA and Boxing, the gloves used by each respective fighter are actually different. Perhaps you might find this surprising, but I’m here to confirm such news to you.

But really, it shouldn’t come as a surprise because MMA and Boxing are two different sports so their hand equipment should differ as well – as it’s supposed to. Thus, let me tell you how they differ in terms of types, fingers wraps, padding, and hands wraps.

Two words, boxing and kickboxing, don’t come off so different from each other – do they? Look, they even have the word boxing attached to them.

But surprise, as it turns out, these two sports vary in terms of rules and regulations. For one, boxing strictly prohibits the fighters from using anything other than their fists. While on kickboxing, they can use a lot of their body parts such as hands, feet, elbows, and knees. In fact, they are even allowed to throw people to and against the ground.

Well, how about that? Doesn’t that sound intriguing enough for you? Guess what, that’s just snippets of what’s really ahead. So, let me elaborate them detail by detail so you’ll know exactly how these two sports differ from each other.

In addition to the punching and knockouts, there are countless other aspects in a training program for boxers to learn and practice to advance then enrich their game in the ring.

One of those elements is the footwork in a boxing arsenal that plays a crucial role in the global build-up of a flawless fighter.

In the world of boxing, Muay Thai, and MMA fighters; a popular question is often asked among the players, “Can you punch a heavy bag without gloves?” Well, the short answer to this is yes.

To be more precise, you can punch a heavy bag with just MMA gloves, hand wraps, or even without any protective garment for your hands. Yes, you can exactly do it just like that.

After all, it can be a good method to strengthen not only your knuckles but also your wrist and forearm muscles. So as to say, it is not a matter of whether it’s permissible or not. Actually, it is a matter of frequency, “How often should you do it?”

As the world’s flagship for mixed martial arts (MMA) competition, The Ultimate Fighting Championship (UFC), is really the fight of the century.  If not, it’s the pinnacle of a sparring match!

MMA fighters are not just your regular fighters. They are world-class battlers with top-ranked skills and unleveled strength. And most importantly, they are subjected to the so-called UFC Weight Divisions.

This may be familiar to some, as seen in the LED screens during fights, or perhaps in Bruce Buffer’s enthusiastic introduction of the players. But really, what do these categories imply? 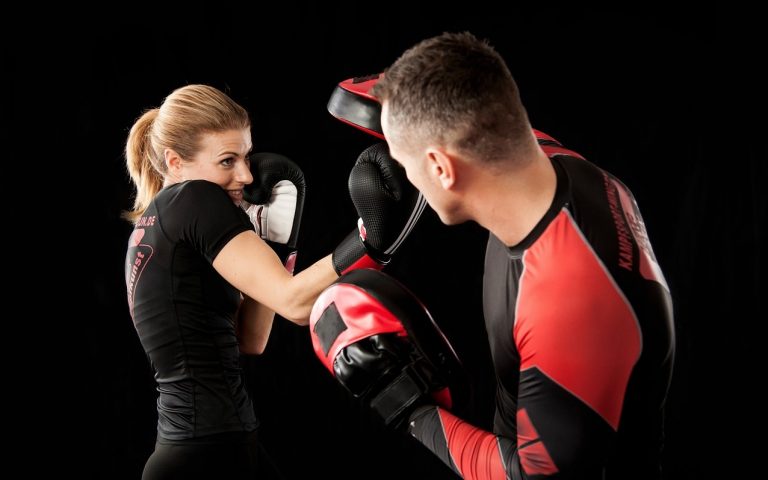 Focus mitts are a vital part of boxing drills and they are not difficult to learn.

If you’ve never used focus mitts before, you might be asking yourself what are focus mitts? How do I use them properly in my workout routine? What are the benefits of using focus mitts when working out in boxing training?

This article will give you tips on how you can get the most from your focus mitts.

Are you exhausted and tired during every fight without reason?

Do you run out of air in the middle of fights every time?

This is the typical example of a boxer with no knowledge or practice of breathing.

Breathing exercise is mostly ignored by the beginners as well as the advanced as their major focus remains on techniques and fighting movements that result in the undermining of their performance.

In this article, we have tried to provide knowledge of the importance of breathing exercises in the life of a boxer.