Knockout And Technical Knockout: How They Differ 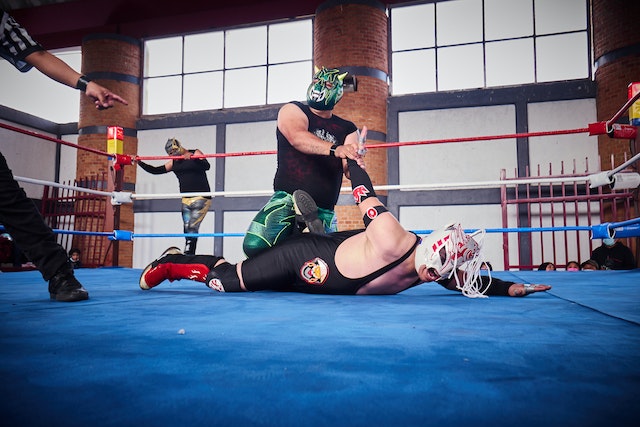 Knockout and technical knockout is, most often than not, two interchangeable terms that are quite similar to each other: especially in the rings of martial arts.

Simply put, these are the two winning categories that are linked directly with the winner’s method of a game-ender motion.

More than the victory itself, the fighters set their eyes on the grindstone where a highlight-reel shot, crowd roaring, and opponent on the ground will cease the match once and for all.

Now, haven’t you wondered about the key differences between KOS and TKOS that set them apart entirely?

A knockout (generally coined as a K.O.) is a fight epilogue, winning standard, and the final blow in a variety of full-contact sports, such as follow: boxing, Muay Thai, mixed martial arts, kickboxing, karate, and fighting-based video games.

Essentially, it is a legal strike or a physical blow that overthrows the opponent to the ground with a traumatic loss of consciousness.

One example of this is Eddie Wineland’s fight with Ken Stone in WEC. The fight was over as soon as Wineland viciously slammed Stone to the Canvas.

Another one is Gray Maynard’s fight with Rob Emerson at the Ultimate Fight 5 Finale. With a solid slam knockout, Emerson tapped out in defeat.

This can be carried on with powerful head blows that can result in a cerebral concussion. In aftermath, a sensational knockout will end the game.

Moreover, body blows can also impart an excruciating and debilitating pain on the fighter’s part, hence a knockout.

A Knockout in Boxing

A K.O occurs when the boxer loses consciousness and falls to the canvas. The referee then counts to ten to give the fighter the chance to rise to their feet and continue the game. Due to severe disorientation, players fail to restart the bounce – hence, a knockout is declared.

A Knockout in MMA

In Mixed Martial Arts (MMA), a K.O. works the same way but from a slightly different angle. When the fighter loses consciousness, there is no system of a 10-second count. This is due to the nature of the sports that scopes: submission grappling, grounding, and pounding.

The Types of Knockouts

Much to your surprise, the term knockout is a blanket term that caters to a range of categories that we’d like to discuss. They are as follows: a technical knockout, double knockout, knockdown, and flash knockdown. However, we will focus more on the technical knockout.

The Technical Knockout or “TKO”

A technical knockout, or the so-called stoppage, is a game-ender declaration by the referee on the grounds of a fighter’s inability to continue the match.

The Four Types of T.K.O

The referee intervenes, takes measures, and finally stops or terminates a fight based on his judgment. This may be due to a fighter’s weak defensive skills against the opponent’s strike. Hence, a referee’s interference is needed to prevent further damage.

The fighter’s cornerman (often his/her trainer) steps into the ring to end the match. Alternatively, it can also be interference from the fighter himself. This is also linked with the phrase, “Throwing in the towel” because they throw in the towel to concede the fight and accept defeat.

The official attending physician intercedes the game on the grounds of medical dangers. At the ringside, the physician will simply elect to stop the fight. This may be due to excessive bleeding in the hand, facial, and other physical injuries.

4. Submission due to Strikes

A fighter yields to the opponent and submits while being overburdened with strikes. Thus, it results in an immediate defeat and forfeiture of the match. This is only a T.K.O rule in the UFC rings because most MMA promotions regard this as a submission.

So, there you have it – the difference between a K.O and T.K.O is finally made clear. As you can see, the differences aren’t that big but are substantial enough to be tackled.

In simpler terms, a K.O arises when a fighter falls into unconsciousness, thereby unable to fight again. While a T.K.O occurs when the fighter is at a loss for defenses albeit in his or her conscious state.

However, at the end of the day, both knockout and technical knockout, no matter the disparities, signifies one thing –  and that is, the tip-off towards a game over.