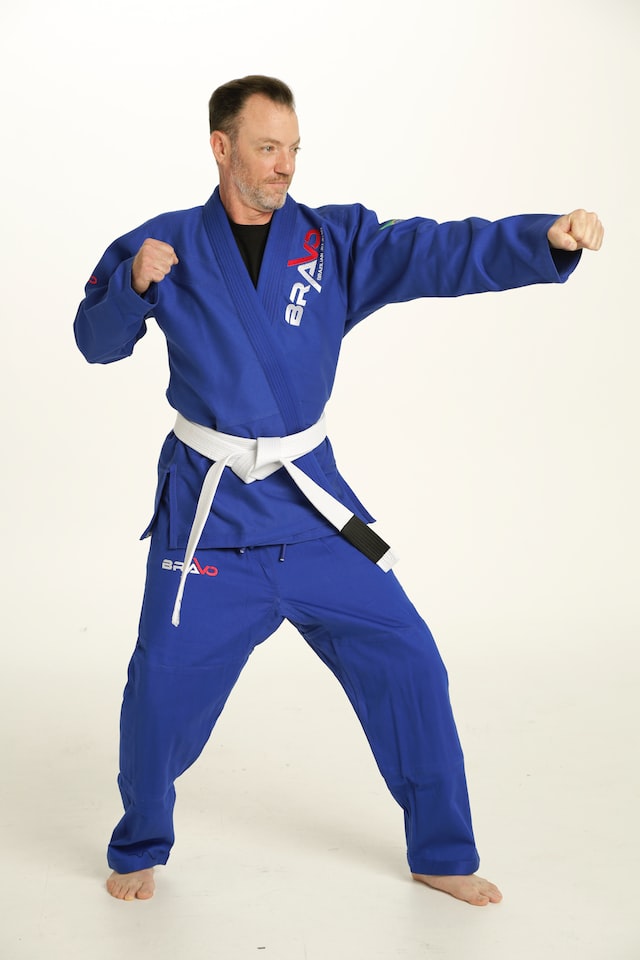 It might have been an enjoyable journey just to reach the Brazilian Jiu-Jitsu belt that you have now on hand, but you might be thinking: what’s next?

Should I just rejoice in whatever I achieved so far? Or I wanna push further for the blue belt in BJJ?

Well, there are multiple factors you need to know and consider when playing Brazilian Jiu-Jitsu, and learning about why it took you some time to be in the blue belt must be one of them.

The blue belt can be a challenging phase, and here’s more you should know.

The Challenges of Blue Belt in BJJ

The first step is to get the white belt in the BJJ, and then you aim to get the Jiu-Jitsu blue belt afterward.

However, when BJJ fighters already got their blue belt, some quit before even knowing what awaits them in the future.

Well, it’s 2022, and quitting should not be a part of your choice because you have a lot of time to train and aim to get past the blue belt!

Most fighters tend to quit while on their blue belts because it takes so long to get to the purple belt – a higher-ranking belt than the blue one.

It will take you a long before getting past the blue belt if you don’t train your progress and techniques.

Being in the blue belt is already a significant improvement and promotion, so you must be more motivated to get the higher-ranking belt.

Being in the blue belt is challenging, but every belt gives you more challenging phases to reach the highest BJJ belt you are aiming for.

Stop stressing yourself to get the high-ranking belts immediately; instead, think of the things you need to possess so you can wear your Brazilian Jiu-Jitsu blue belt on your waist!

The BJJ blue belt requirements are pretty simple, and you don’t need to worry so much, especially if you are passionate about Brazilian Jiu-Jitsu.

Before anything else, you cannot get the blue belt if you don’t have the perseverance that thrives inside of you.

You must be in the BJJ with the burning passion that lies within your heart because quitting should not be a part of your routine – the blue belt is waiting for you, and the higher-ranking belts are even rooting for you!

Know How to Defend

A BJJ fighter needs to see many things so that the fighter can protect himself. In getting the Jiu-Jitsu blue belt, you must be knowledgeable about defending yourself in different prominent positions because you don’t want to plateau in your rank.

Know and plan other techniques that can make you stand out, but remember that it is not always easy to be in matches.

You must understand that everything is complex in BJJ, and your mindset must be alert during the fight with the opponent.

The basic Jiu-Jitsu positions are the foundation for your progress in your belt journey.

You must know about transitions, control, and position changes, so your defense or offense is strong enough to help you get the blue belt.

When we say movement in BJJ, we do not just think immediately about the motion you make during practices or actual tournaments.

Your movements must be substantial and compelling because a lot happens in one game.

Selecting a rash guard you are most comfortable with will help your training. You must know how to move in offensive and defensive plays; you must be knowledgeable about technical actions, like the penetration step, break fall and front roll, and many other BJJ skills.

Getting the blue belt requires basic moves, so let yourself understand more about what to and not to do during the fights.

Importance of Blue Belt in BJJ

It makes you a better fighter every single day you dedicate your time to learning and improving the art.

The blue belt is the turning point of your BJJ journey. Many fighters quit, while many fighters strive hard to become better, even when they plateau on the belt.

Don’t worry; being in the blue belt for long is normal, and you don’t have to put yourself under pressure to get the purple belt (not unless you are not taking some time to dedicate to the BJJ, of course, you will remain in the blue belt!).

While being in the blue belt, you learn new things and experiences because a thought comes to your mind that you have to get the higher-ranking belt someday.

You learn new techniques, gain a wide amplitude of technical skills, get better each day while you try to run over the mat multiple times, fail and succeed, and your control becomes more beneficial for you despite the opponents you face.

The blue belt is where your determination and perseverance are tested.

Would you let your pessimism get into your goal of attaining the highest belt in Jiu-Jitsu?

Or would you let this long and lingering experience become your weapon to becoming the better BJJ fighter and someone you have always wanted to become?

It is not easy once you get a blue belt in Jiu-Jitsu. Many ups and downs are going on, but rest assured, you will be a better person than before once you decide to pursue BJJ with all the dedication you have in store.

It’s a rollercoaster ride before getting the blue belt, and once you get the blue belt it’s a feeling for a lifetime.

You might think that it has many complications being a blue belt Jiu-Jitsu fighter, but in reality, you only need to be sure of these simple things: be determined, know how to fight, and never let yourself down just because of the failure you get through.

Failure is a part of your success, whether for BJJ or not. Never let challenging situations hinder your goal because you will become the greatest BJJ fighter you have always wanted!

Your greatest weapon is your mind. It can make or break you, so always look at the bright side of the light!